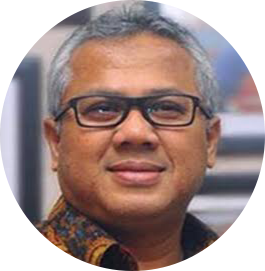 Arief Budiman known as chairman of the General Election Commission in Indonesia. He is a vocal critic of Indonesia Politics, for example he is quotes Adam Schwarz’s book in A Nation in Waiting as analysis third world democracy in 1992. Arief start his career as a member of the East Java General Election Commission and was elected for the 2004-2009 period. However, at the end of his position he decide to joined the selection for the central KPU in 2012.  From the 15 years experience that he got while serving in the election commission make him trusted to became the Chair of the Central General Election Comission for the 2017-2022 period. 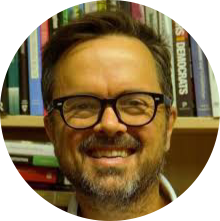 Edward Aspinall is a Professor in the Department of Political and Social Change, Coral Bell School of Asia Pacific Affairs, Australian National University. He researches politics in Southeast Asia, especially Indonesia, with interests in democratisation, ethnicity, and clientelism, among other topics. He is an expertise in Government And Politics Of Asia And The Pacific and Comparative Government And Politics. He has authored two books, Opposing Suharto: Compromise, Resistance and Regime Change in Indonesia (Stanford University Press, 2005), and Islam and Nation: Separatist Rebellion in Aceh, Indonesia (Stanford University Press, 2009) and co-edited ten others, the most recent being Electoral Dynamics in Indonesia: Money Politics, Patronage and Clientelism (National University of Singapore Press, 2016). He has also published about sixty journal articles and book chapters, most on aspects of Indonesian politics.